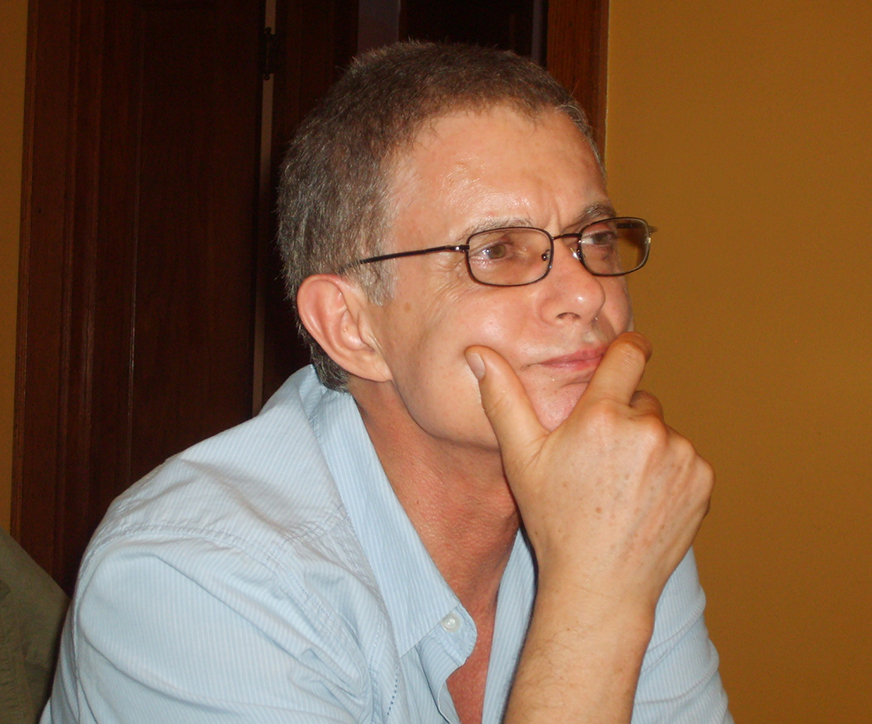 Augusto Yanacopulos was born in Santiago de Chile, Chile and has lived in Chicago since 1972. Augusto has been dedicated to the arts since a very young age. In Santiago, he attended the School of Fine Arts where he studied painting and drawing. Upon his arrival in Chicago, he enrolled at the School of the Art Institute of Chicago where he studied oil painting. For over ten years, Augusto was part of the Massi Ballet of Chicago as a student and performer of classical ballet. Besides painting and dancing, Augusto is also dedicated to the theater and is co-founder, along with his wife Rosario Vargas, of Aguijón Theater of Chicago. With Aguijón, he has worked for over 24 years as actor, stage manager, set and lighting designer. His set designs, particularly those for the productions of La casa de Bernarda Alba, Yerma, La pasión según Antígona Pérez and Antígona, have received critical and audience acclaim. His paintings have been shown throughout Chicago and many belong to private collections. Augusto is a tireless traveler who has lived in Tel-Aviv and Athens and has travelled extensively throughout Europe and Central and South America showing his works. He is a great lover of literature and music.
Go to Full Ensemble